Presentation of the new book “Playing with Rhythm” 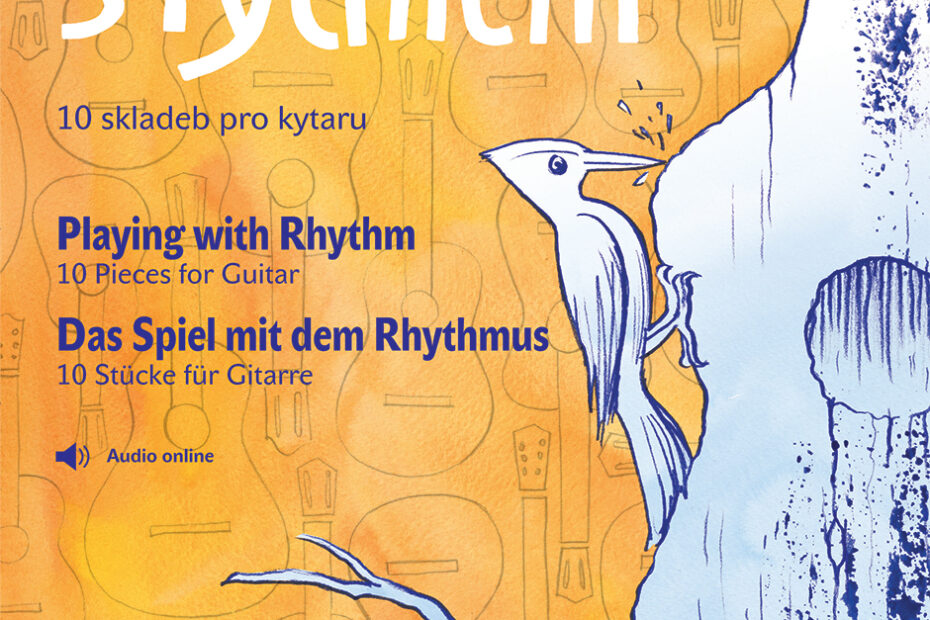 The Prague Publisher Bärenreiter presented the new guitar school book “Playing with Rhythm”, with 10 pieces by well known authors. The book is edited by forum-organizer Nikola Liederhaus. All the compositions focus on developing the feeling for rhythm for the guitar students.The book offers a wide range of tunes, classical and modern, that will be liked by the prospective guitarists.

You can find more information on the book and you can also buy it at the publisher Bärenreiter Praha .

In the second part of the event all peaces of the book were played by several guitarists and students.

Description by the Editor: This book contains many rhythmic adventures just waiting to be explored. You will find ten short compositions by composers from the Czech Republic, Germany, and Poland, who each approach the question of rhythm in their own distinctive way. Their diverse compositional styles show the importance of rhythm and some of the many forms it can take.

Playing with Rhythm opens with Toffi the Havanese a rhythmic exercise built on alternating accents and specific articulation of the melody and inspired by the German guitar teacher Stefan Schmidt’s (*1964) darling doggy. The Polish author of guitar books for children Tatiana Stachak (*1973) contributed some swaying blues music in a dotted rhythm with percussion techniques in Time for Blues. Wild changes of meter, chromatic shifts of position, and variable strong beats characterise the Czech guitarist and teacher Milan Zelenka’s (*1939) Space Worm. The Czech guitarist Štěpán Rak (*1945) decided to give his Emotions a polyphonic feel of rhythm and some unusual harmonies. Attentive counting of quavers is required in the Czech guitarist and composer František Lukáš’s (*1977) silky smooth Breeze. A splash of Latin American inspiration was shared by the Czech composer and guitarist Tomáš Ille (*1971), whose Greetings from Copacabana is swarming with triplets and typical accentuation. A spirit of childhood nostalgia is conjured up by the rhythmically irregular, triplet-enriched monophony of Infancia by the Czech composer Miloš Orson Štědroň (*1973). Always Keep Grooving, written by the German teacher and guitarist Katja Wolf (*1991), brings a breath of jazz with minute dotted rhythms and polyrhythm. Moondance is a musical crossover with powerful percussive elements composed by the German guitarist and teacher Jule Malischke (*1986) in collaboration with Stephan Pankow.

The album concludes with Off-we-go-then by the Czech guitar virtuoso and teacher Pavel Steidl (*1961); inspired by the Indian art of konnakol, the composition requires the use of the player’s voice, places three beats against four, and practises the “hanging barré” technique.

I hope you enjoy scaling these rhythmic peaks. It will be no easy task, but I trust that successwill bring you all the closer to a virtuoso level of performance.